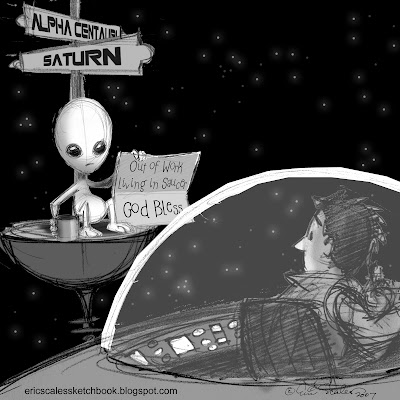 Man, seeing some of the great stuff the other artists contribute I really wish I had more time to spend on my entries. Course, I'm greatful that it's work keeping me busy and not, say civil war or chronic hiccupping or something. This is another quick pencil sketch with some digital shading and text. And, you can view the other entries here.
Posted by Eric Scales at 9:55 AM No comments:

This weeks theme on Drawergeeks is Cinderella. Doing Disney Princesses all the time, you'd think this idea wouldn't excite me much, but really, I was kinda interested in rethinking something that's so firmly established in everyone's mind. I mean, Disney's isn't the first or only Cinderella, it's simply the most heartily ingrained in everyone's mind. I mean, you could do anything to reimagine the story and characters. I could go with a gritty harsh view of the class system in France in the 1600's, with Cinderella as a sickly but beautiful abused girl living as a slave in her own home. Or I could have done an ornate heavily illuminated take, where the characters and sets are just filled with lavish details worthy of an expensive engraving. So what was my take? I did what all non Disney studios do when they decide to tackle something with such endless possibilities- I changed all the characters to cats. 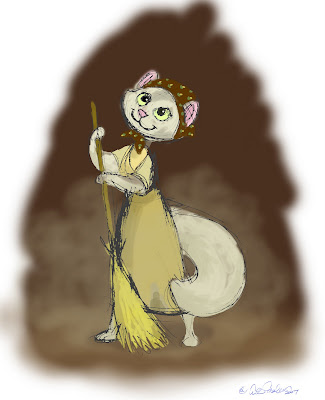 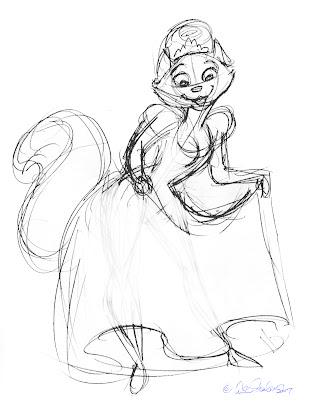 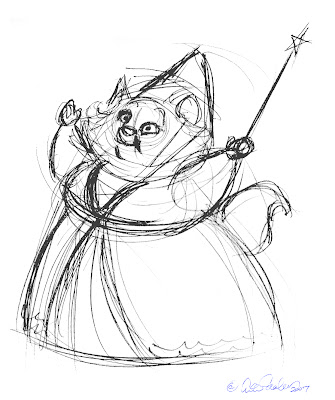 Inspired, I know. Now all it needs is a cutesy pun in the title. Cinderwhiskers? No. Whiskerella? Um no. CinderFluffyTail? You might want to check back, this might take a while... In the meantime you can check out the other drawergeeks submissions here.
Posted by Eric Scales at 10:04 AM 1 comment: