I was probably about 10 years old when my parents showed my brothers and me the movie "Oliver", based on the stage musical, based on the Dickens novel. I remember Ron Moody who played Fagin to be really creepy. Something about his dark sunken eyes, whispy hair and diminished mouth made him seem so effectively sinister. I listen to the soundtrack once in a while and it prompted me to google some photos of him to test out my brush pen (which was very new to me when I did these several months ago). 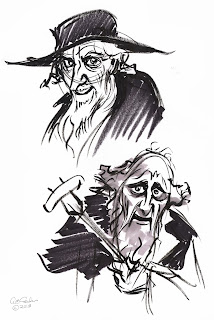 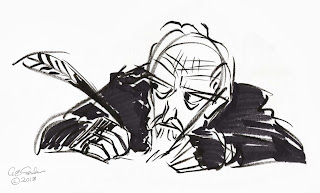 I follow the amazing artist, Erin Hunting on Instagram and aside from her great artwork, she posts a lot of pictures of her cat. He doesn't seem to do anything but stare a the camera, but nonetheless something about him was intriguing. 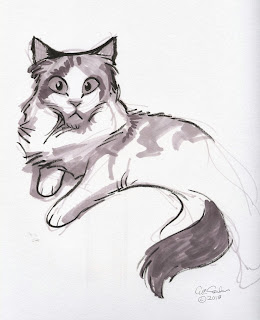