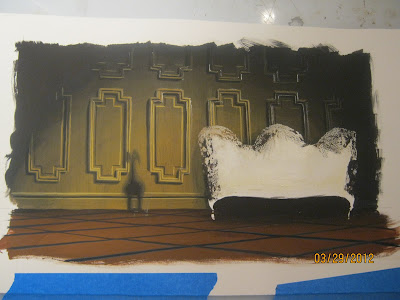 Nowadays, it's cliche for someone to name Glen Keane as their favorite animator, however, that has been the case for me since Beauty and the Beast first came out. That's when I first found out who he was and he became the embodiment, to me, of Disney Animation. I received the signed photo below, along with a letter, in response to a very gushy fan letter I sent to him when I was about 14. 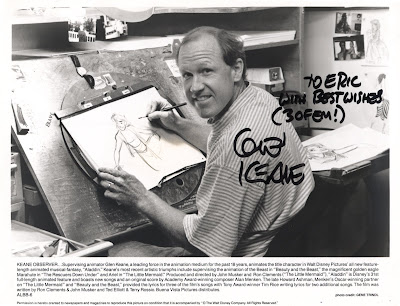 This past weekend Mr. Keane announced his resignation from Disney after 38 years. Rather than feel sad, I'm excited that he's moving on, most likely to continue to animate and do what he loves, instead of floundering in a job that no longer seems to have a use for him anymore. I only met him once, but I wish him well.

...is not always as exciting as you'd think. 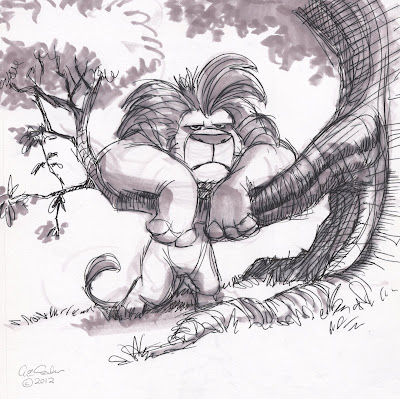 I thought I'd explore some variations on this character I did a few weeks ago. So far this is the only decent result. 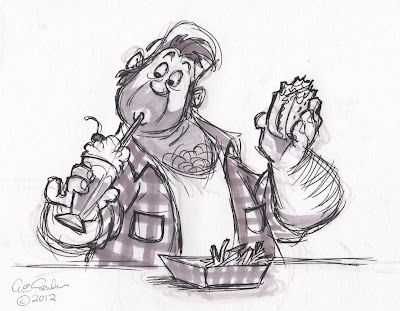 I had a rite of passage this past Saturday. I attended my first comic convention. Despite living in Southern California, a mere 2 hours from San Diego, and the annual Comic-Con, not to mention numerous smaller cons each year, I've never been to one. The simple reason is that I've never been a big Comic Book guy. I tried to be when I was in Jr. High, but it was a bit of a forced passion, only brought on because my friends were into it. I mean, I liked comic book characters, Spider-Man, Superman, and Batman especially, but I didn't really know much about them- no more than I learned from movies. The few issues of Spider-Man that I purchased in the very early 90's showed me a world that was much bigger and more complex than I felt like figuring out. It made me feel like a someone just starting out when everyone had been at it for years, and I didn't enjoy the issues enough to spend money on them every month. And though I had been assured that most Comics Conventions were more than the same old superheroes, indeed, more than "just comics", it still held no appeal to me. However, this year David Scott Smith, told me that as an attending "Professional" he could bring someone and invited me to go. The price was right, and Dave's fun to hang out with, so I thought, what the heck.

I had a great time. I forgot how fun it is, to simply indulge an interest. Even though I draw all day long, which is of course indulging one of my interests, it's also my work now. I really don't take a lot of time out to just leisurely take in something that I like- I don't even really watch TV or movies unless I'm working at the same time. So the 7 hours I spent tromping up and down the aisles of Anaheim Convention Center this past Saturday were really awesome. And for someone who didn't think I was going to see anything of interest to me, I was surprised how many artists I saw who's work I follow online. I thought I'd give a shout out to a few people I saw who in some way made an impression on me. In no particular order:

Bryan was one of the Watch Artists at Disneyland prior to my stint there. He's got an amazing sense for what works (they always said that about Freddie Moore- I know no greater compliment). Every piece of his that I saw was well designed and beautifully painted. His work with gouache was so delicately beautiful it makes you cry. He was at Wonder-Con promoting, among other things, his comic book Unstoppable Tuff-Girl.

I don't remember how I first found Brittney's stuff online- I think it was her cut paper designs that first caught my eye, but her digital work is just as striking. I have seen a lot of people with very similar styles, at least with the digital work, but there is just something that makes Brittney's stuff stand out to me. Very colorful, animated designs- everything is alive and in motion in Brittney's work. Though I have to admit I didn't buy anything from Brittney. Buy the time I made it to her table my money was already spent, but I did come back 2 or 3 times just to look. Female artists especially love that at Comic Conventions- when big scruffy guys come by their table repeatedly just to look and not buy anything. Sorry Brittney!

Dean was one of the first artists online whome I found when I googled cartoon pin-ups, to try and educate myself before doing the Girls of Male Standard pieces a few years ago. I had no idea that he was as well known that he is- I thought he was just another illustrator (successful of course) but didn't realize he has the name recognition that he does. His illustrations of Mandy are beautifully done, very animated while still being sexy and innocent. I bought his book Melange, and he was kind enough to autograph and sketch a quick Mandy for me.

My step-mother told me a few years ago, "A friend of mine told me about this great bookstore in Torrance that specializes in art and animation books". I didn't give it much thought- I generally was kept up to date by the various blogs and sites I followed, what was new and relevant to my interests. If I needed something I would have already ordered it. Well again, I was arrogant and foolish. Stuart Ng Books had a booth at Wonder-Con and it was like stepping into Willy Wonka's chocolate factory. I had forgotten that art books can be more than instructional- the ones that really caught my eye were really "art". Just beautiful pictures in a beautifully bound book. I spent the bulk of my money there. Actually the Mandy book came from Stuart's booth.

Ok, Chris wasn't there, or at least, he didn't have a table. I hear he's hard at work at Dreamworks, but I did pick up one of his sketchbooks at Stuart Ng's booth. I've written about Sanders' work before- it almost defies description. I hope someday he can explain where his unique eye comes from. He's got such an unique take on proportion and form, all encapsulated in squiggly little ink lines. I regret I couldn't pick up the other volumes of his sketchbook that I saw, or his collected volume of Kiskaloo, his comic strip. But I know where to get them online.
Posted by Eric Scales at 5:26 PM 1 comment:

Just a little doodle of my in-laws Shih Tzu, Spike. He's not very bright, but he's always got a sunny disposition. If you can see it through all that fur. 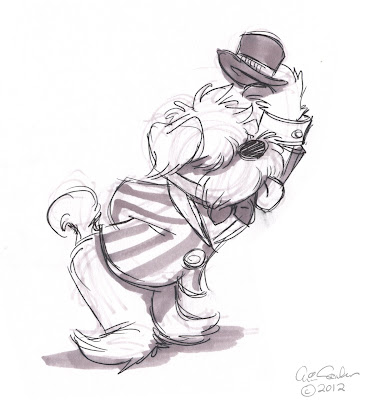 I also want to say a big "Thank You" and "Welcome" to all the new followers I've gained over the last few weeks. You'll find that I'm not the most verbose blogger, but feel free to comment! 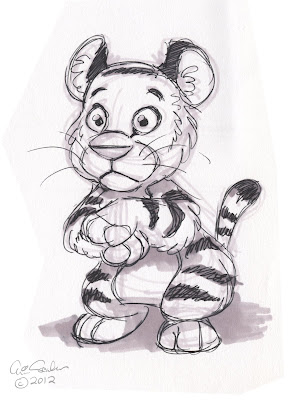 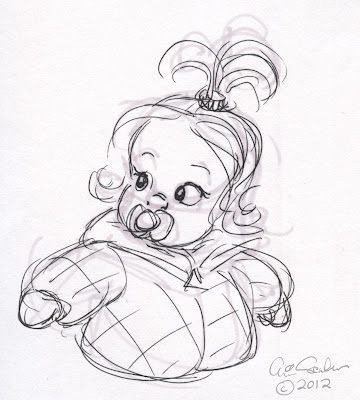 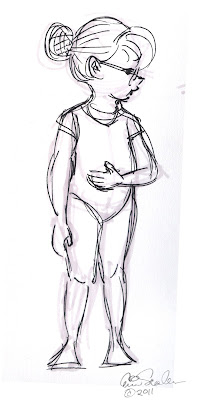 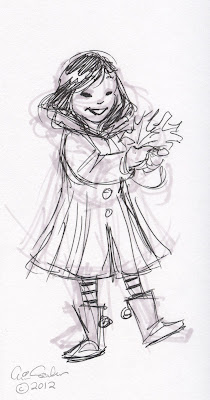 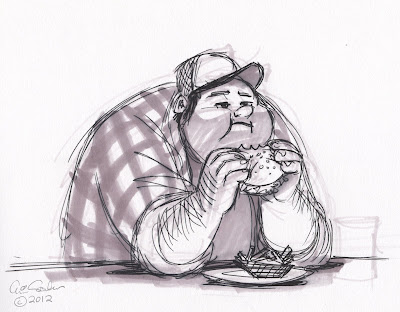