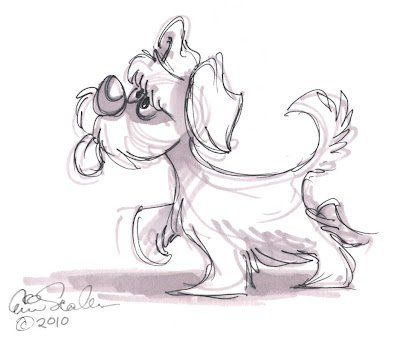 I know, I know what you're thinking. Another rabbit. Doesn't this guy look like the most uninteresting character ever? He doesn't  look like he could sneak into your vegetable patch if he wanted to. 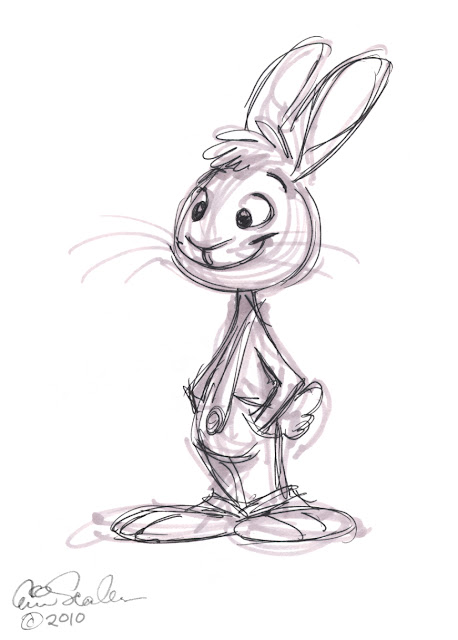 I'm afraid the posts might have been a little mundane lately. No monsters, or wierd, fanciful creatures, or things like that. Actually, creatures are exactly what I've been drawing lately. But I'm saving them. Last October, just a short time after I started doing daily posts, I tried to theme them all to Halloween. I didn't start until halfway into the month, but this year I vow to do better. Starting this Friday, October 1st, I'll  post 21 consecutive "spooky" doodles (hey, I can call them "spoodles"!), that's one every Monday through Friday. They're already piling up, but you gotta wait until October. Until then I'm afraid it might be bunny's and cats.
Posted by Eric Scales at 1:27 AM No comments: 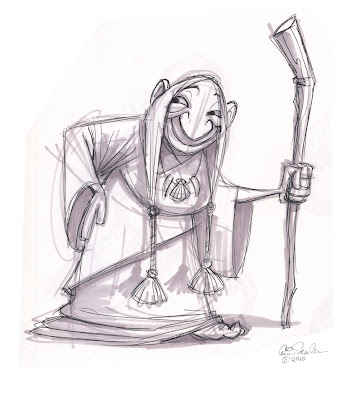 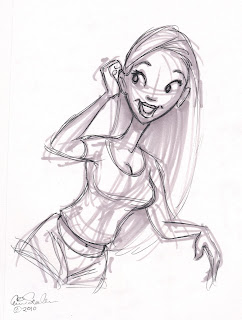 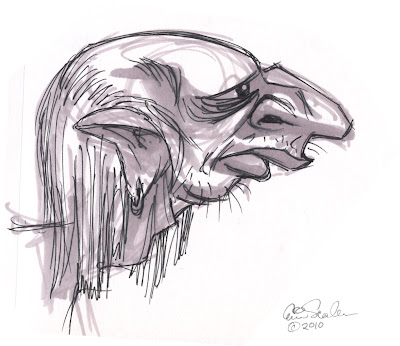 Posted by Eric Scales at 7:42 AM No comments: 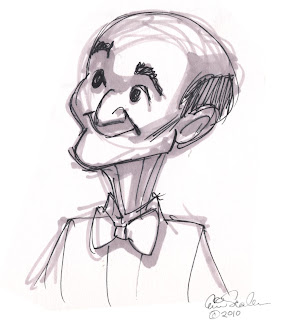 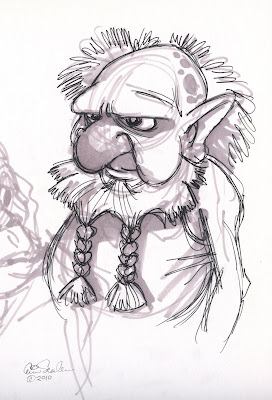 Pretzels! Get your Pretzels! 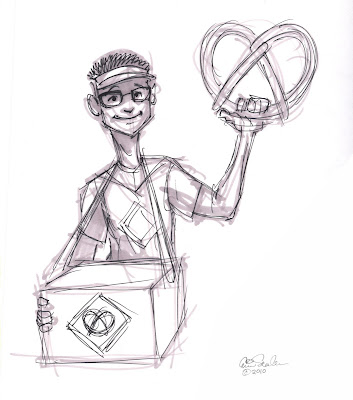 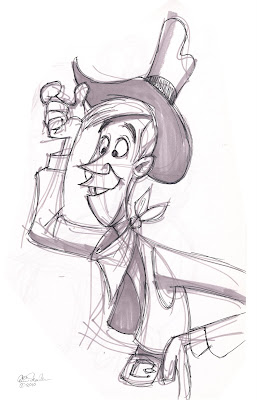 G is for Gazelle 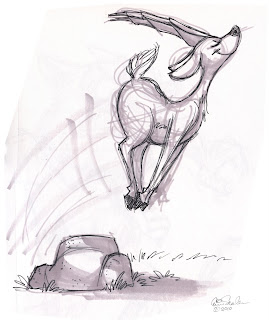 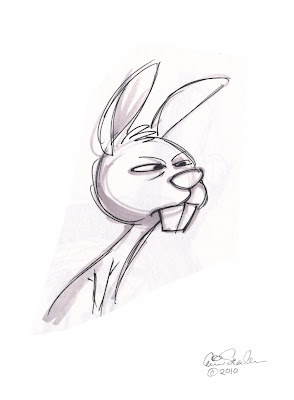 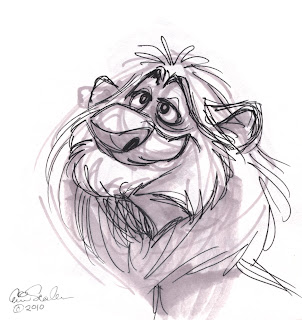 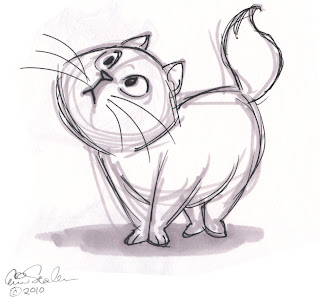 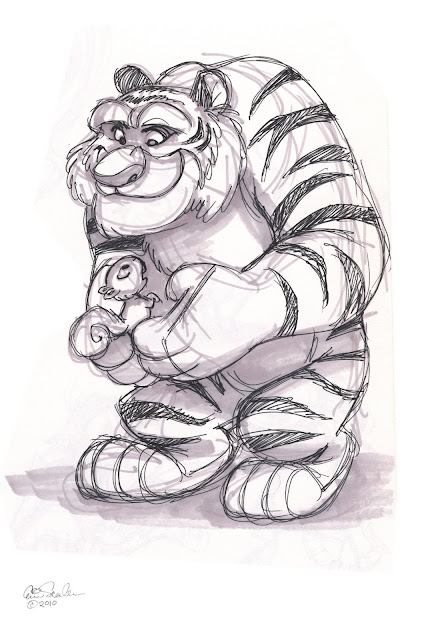 I was first introduced to the Kids in the Hall about 5 or 6 years after their show went off the air. I don't think I found them particularly funny, but I did find them very appealing. It was like watching a bunch of your friends perform skits- they weren't the best actors, but you laughed cause they were your friends. Having said that there were a few skits or characters that were as funny as anything I've ever seen, one of those characters being the Chicken Lady.

Played by actor Mark McKinney, Chicken Lady, we would come to find out through the course of the series, was the offspring of a farmer and a Chicken- duh. I don't know if the original intent was for her to be so horrifying, but that was the effect. She was a large, mannish woman, awkward both in her birdlike movements and odd style, and totally socially maladjusted. The various adventures of Chicken Lady usually found her pursuing love (or more likely just looking for a good time), but having no clue whatsoever how uncomfortable she made people. McKinney basically portrayed her with a big white wig, a beaky prostethic nose, and clothing lined with feathers- the low budget effect was a bit confusing, it appeared that she might just be a normal woman with a beaky nose. However I thought that I'd draw her head much more chicken like. This is big budget, Stan Winston style Chicken Lady

There are a few Chicken Lady clips available on youtube, for those who dare.
Posted by Eric Scales at 12:49 AM No comments:

I think this is the only successful drawing I've ever done of a possum. 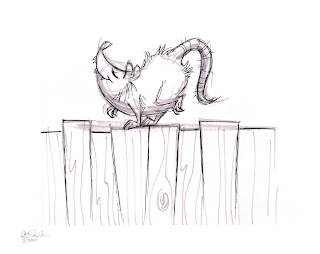 They always just look like big rats when I draw them. I guess they do look like big rats but the are distinctly different too and for some reason I've never been able to capture that difference. I like this one though.
Posted by Eric Scales at 1:48 AM 2 comments: 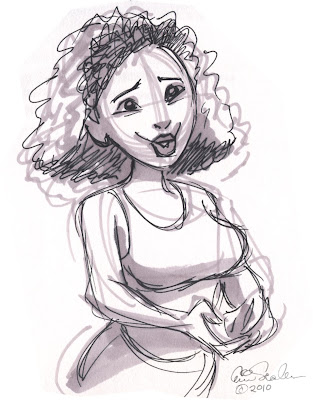 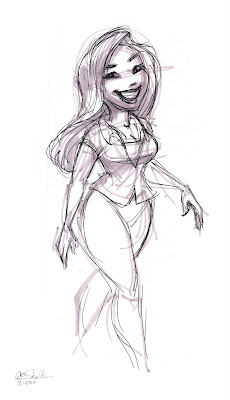 Posted by Eric Scales at 1:31 AM No comments: 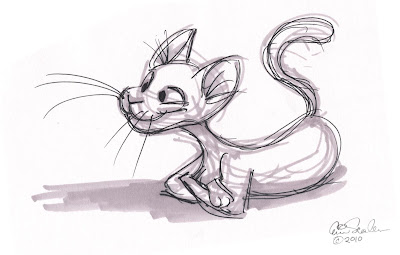 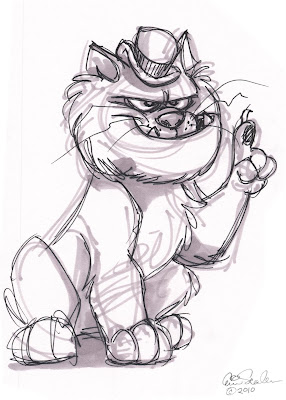 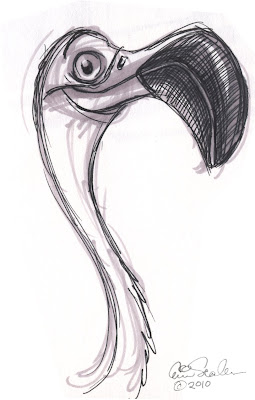 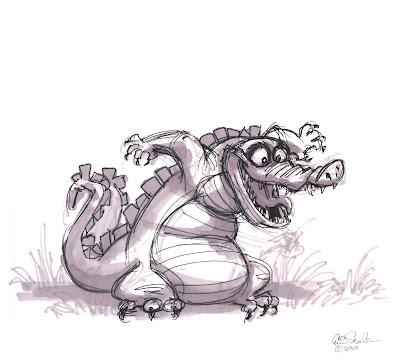 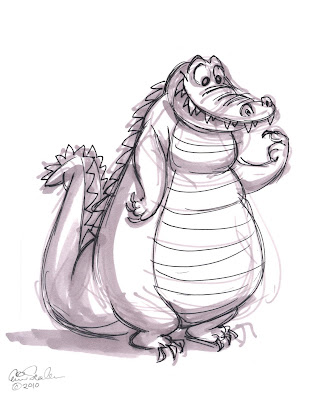 Rewatching Princess and the Frog the other night I was inspired to doodle an alligator. I wanted to try a quick digital one, keeping it rough and loose. Mildly happy with the results. 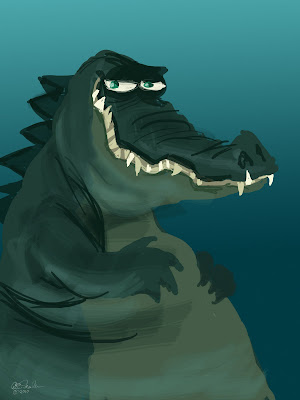 Posted by Eric Scales at 2:53 AM No comments: 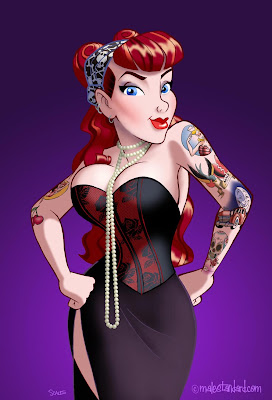 Francesca is the final character I was asked to design for the MaleStandard website. I hope to be able to provide them with more artwork for these characters, or for any new ones that they decide to introduce. As I mentioned previously, if you decide to go over to MaleStandard, keep in mind that some of the subject matter is very adult and is not recommended for anyone under 18.