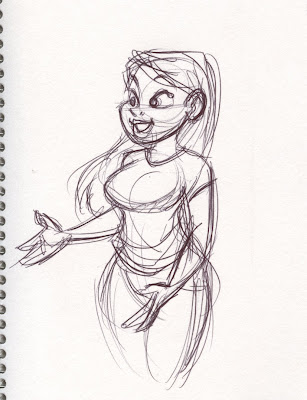 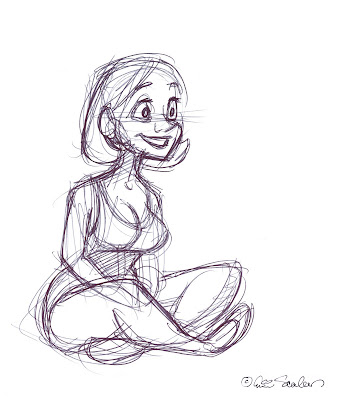 Posted by Eric Scales at 1:11 AM No comments: 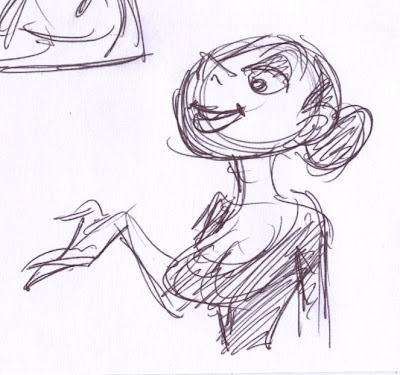 Very quickly done. Under a minute or so on a tiny scrap of paper with a ballpoint pen. She has a Pixar look to me.

Posted by Eric Scales at 1:25 PM No comments: 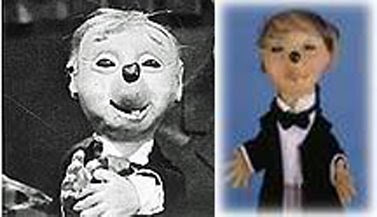 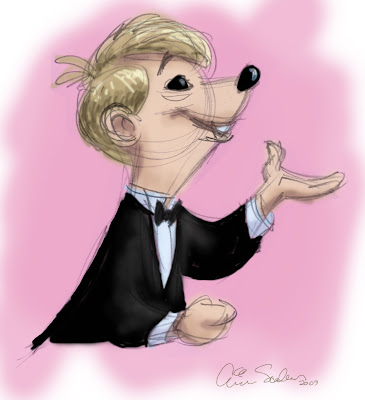 For those who may not remember this fella, this is Cornflake S. Pecially. Corny to his friends. He works (and lives?) in a pink factory just to the right of King Friday's Castle. He touts himself as a man who manufactures, and his specialty is Rocking Chairs, which he calls Rockits, though he has been known to make just about anything that needs making: dolls, pretzels, trolley's, annoying talking horses. His museum caught fire once, and Lady Elaine once thought that they were engaged.
After drawing a couple of Mr. Rogers characters I think I'm realizing that Corny was always one of my favorites, though I couldn't really tell you why. His voice (as provided by Fred Rogers) was kinda funny, a sort of scratchy, high pitched "old man" voice, I always thought. He looked like some sort of chipmunk with his one tooth sticking out and his hair was always dissheveled. think he may have been one of the most capable of the puppet characters on the show. Besides Dr. Bill and Gran Pere', he was one of the few who didn't show too much dysfunction. He just went about his business and was friendly, unlike Lady Elaine or King Friday both who caused trouble in one way or another. Perhaps as a kid I liked his stability.
I did this drawing in under a minute (5 more for color), and I really like how effortless it looks. Many of the puppets on the show don't lend themselves to much expression (and my attempts at them weren't as successful), but Corny's grin and easygoing manner were easy to translate. Perhaps I'll post some of the other Mr. Rogers pieces in a future post.
Posted by Eric Scales at 2:00 AM 7 comments: 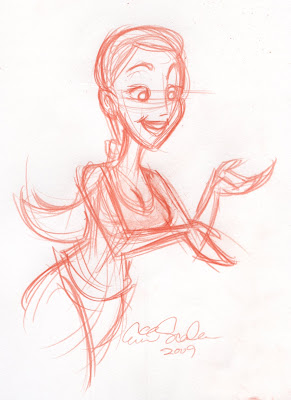 Posted by Eric Scales at 7:09 AM No comments:

I saw this cute little tyke was at my daughters ballet class the other day. 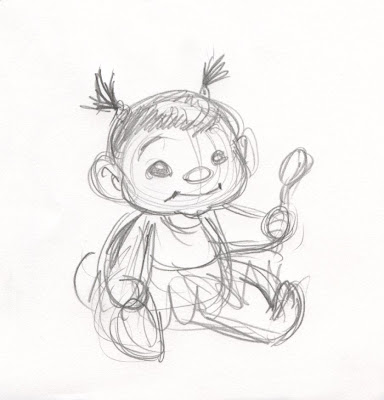 Posted by Eric Scales at 7:07 AM No comments: 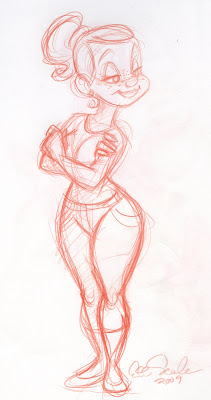 Posted by Eric Scales at 8:05 AM No comments: